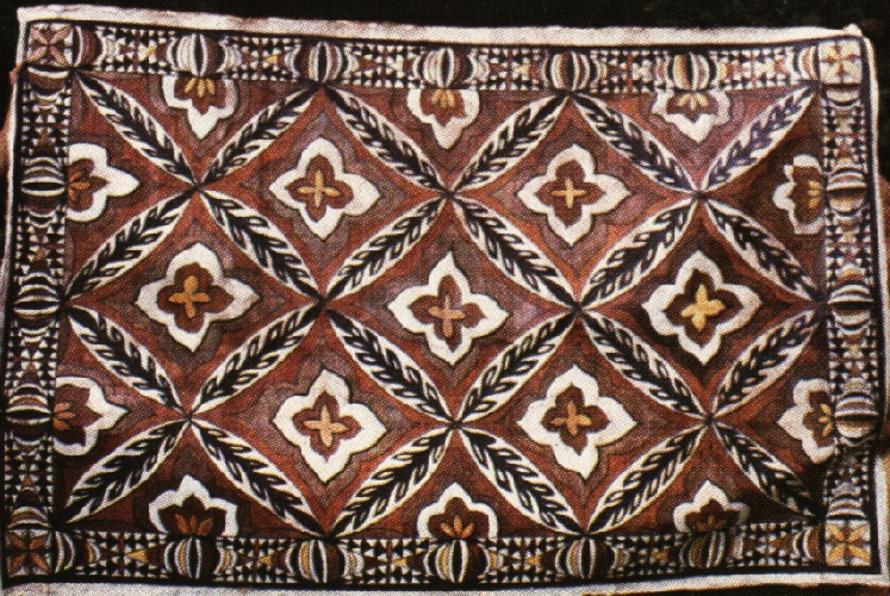 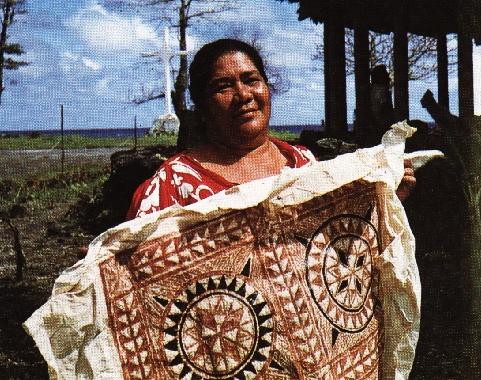 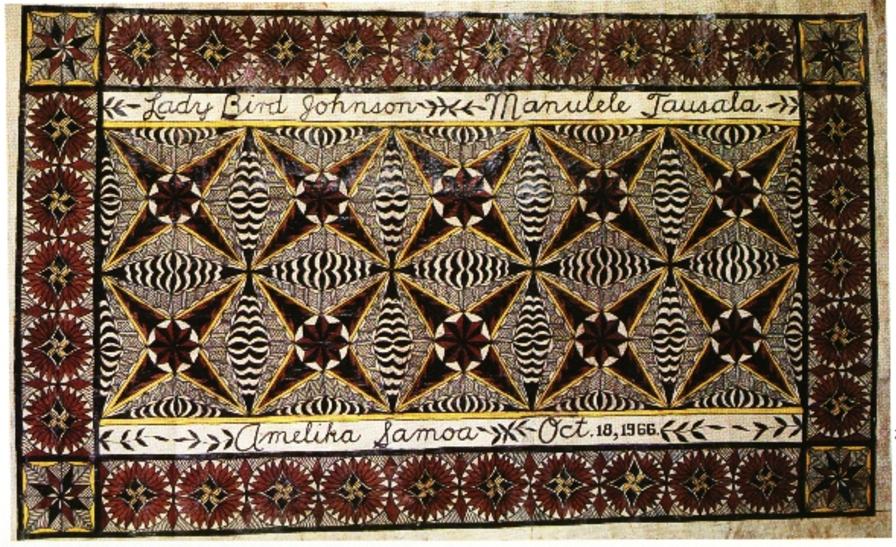 Kolone was born in the village of Leone, famous for Siapo Mamanu. She became the village master artist overseeing the work of other village artists. She is said to have pioneered the process of using multiple colors in a single Siapo, drawing her inspiration from the stained glass windows of the church that faced her home. Before Kolone, most Siapo only contained brown and black. Kolone and the other Leone women produced thousands of Siapo and helped supply Mary Pritchard's export business. Kolone taught the art to Mary Pritchard. After World War II, interest in Siapo declined and it became hard to get the materials to create Siapo. However, thanks to help from her student Mary Pritchard, she was able to obtain materials and continued to create siapo until her death in 1970. Her efforts and contributions will never be forgotten.

1966 Mamanu
This piece was created for and presented to first lady Lady Bird Johnson during a 1966 presidential visit to American Samoa.