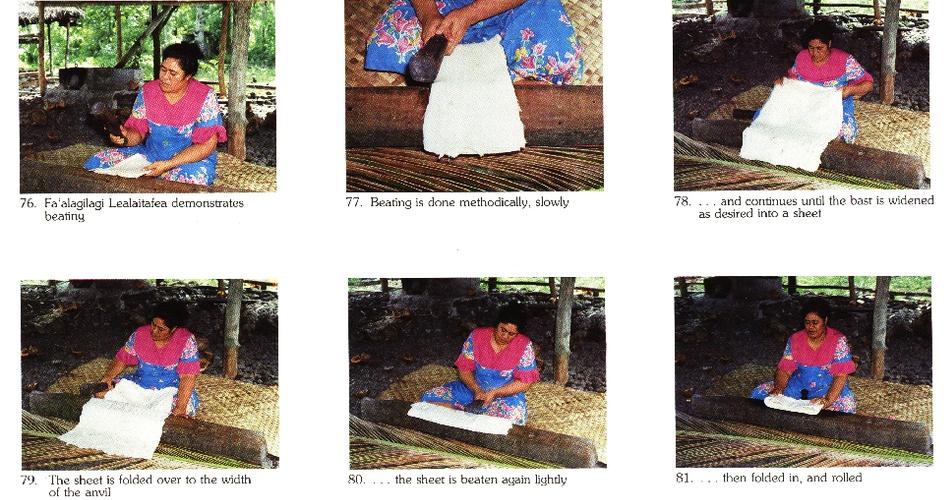 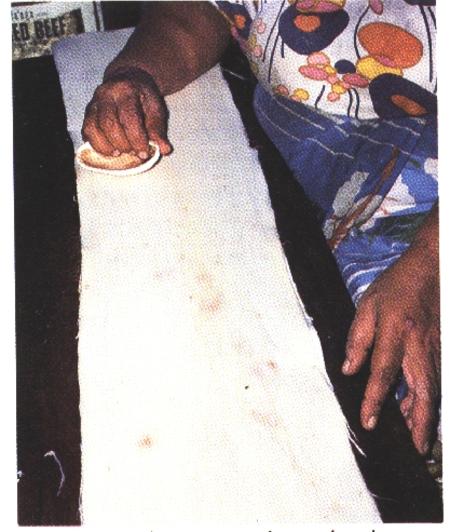 The Paper Mulberry Tree
The canvas of Siapo is the bark of the paper mulberry tree. This cloth is known as u'a.

The Scraping Process
The next step is scraping, which removes the remaining bits of bark and green growth from the bast and softens and spreads the fibers. To insure proper scraping, three different clam shells are used. Each shell has a different degree of courseness. The three types of clam shells are pipi, pae, and 'asi.

Beating the Bark
The bark is beaten to widen it in order to provide greater surface area. 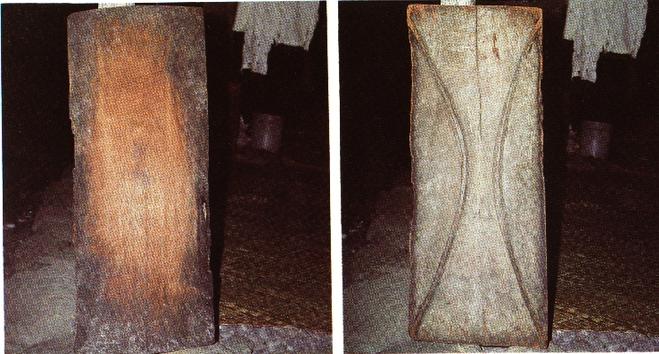 Harvesting the Bark
Ideally the paper mulberry tree stalk is harvested when it is about ten to fourteen months old or approximately one to two inches in diameter. The bark is then stripped and separated with a sharp knife. 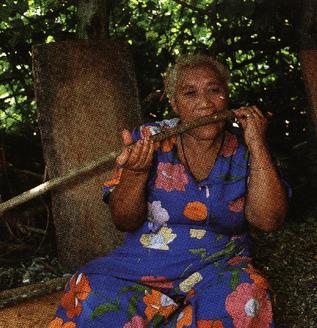 Separating and Flattening
Individual sheets are separated and flattened.

Scraping Board
The board is slightly curved and is ribbed for strength.

Water is Forced Out
Water is squeezed out by pushing the bark against the board.

The bark is Rolled and Soaked
The Bark is rolled inside out and then soaked in fresh water to keep it moist.

Stripping the Outer Bark
This is often accomplished by biting or cutting. 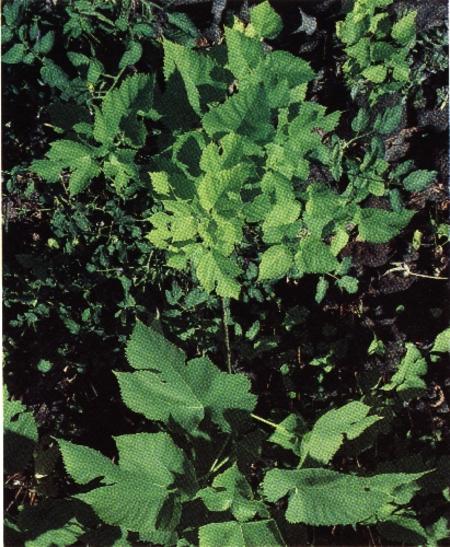 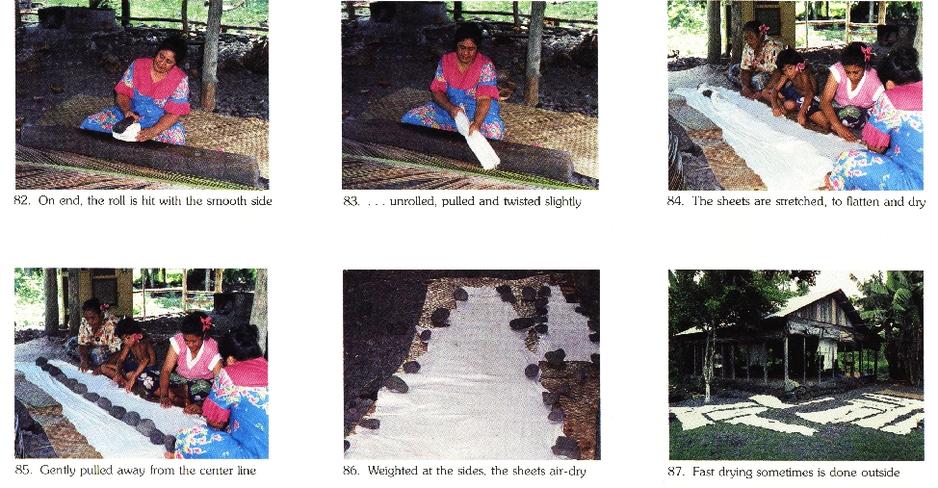 Beating Tools
A wooden beater know as a i'e and a wooden anvil known as tutua are used in the beating process. The i'e is square in shape with two smooth sides and two grooved sides. 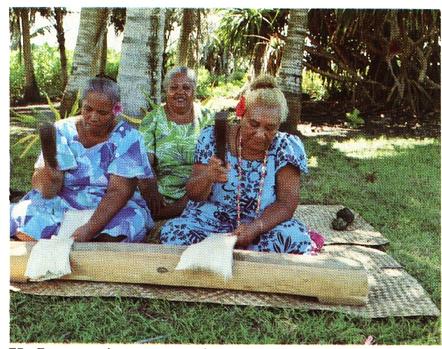 Separating the Bark and Bast
A horizontal cut is made and the bark and bast are separated.

Removing the Bark
The Bark is removed easily and then rolled. 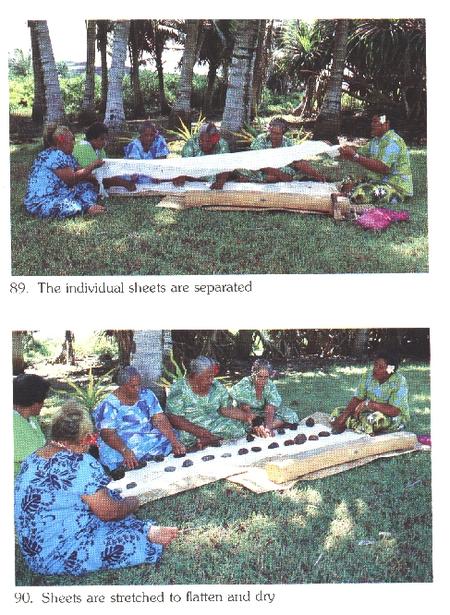 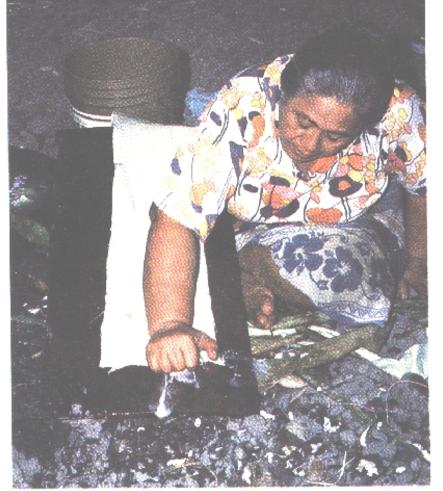 The Board Position Changes
The board position is changed and sheets arranged on it. 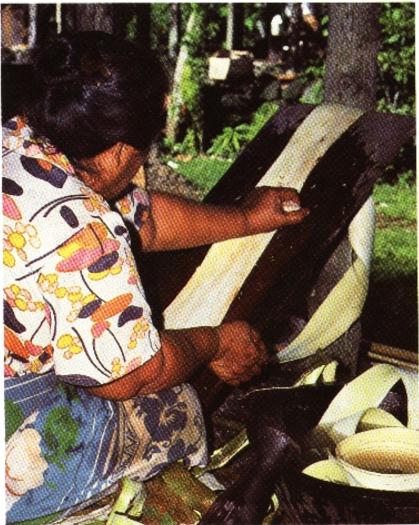