Mass Production
Large amounts of O'a can be extracted using the large O'a strainer pictured. The strainer is filled with bark shavings.

Ago: The Yellow Dye
The yellow dye is derived from Turmeric. The root is cleaned and the skin scraped off. It is then grated into a cloth through which the liquid is squeezed out. 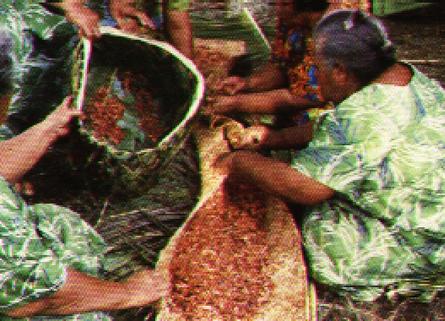 Lama: The Black Dye
Lama, the black dye, comes from the soot of the candle nut. The strings of candle nut are charred and the soot mixed with water to produce the dye. 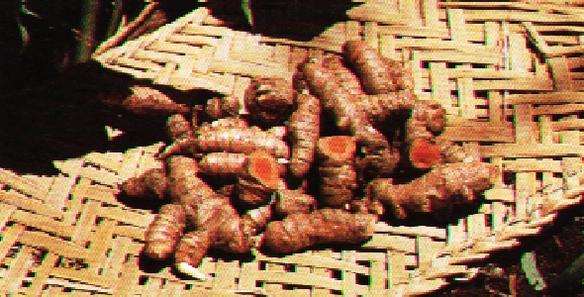 The Bark is Harvested
A sharp piece of tin is used to scrape the bark off the blood tree. 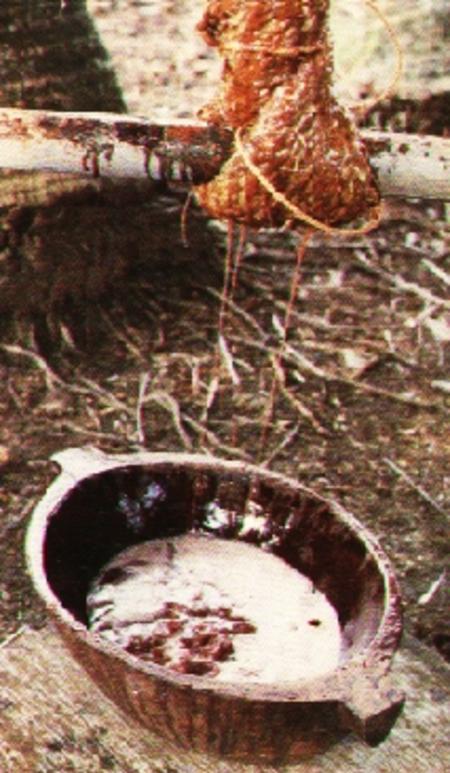 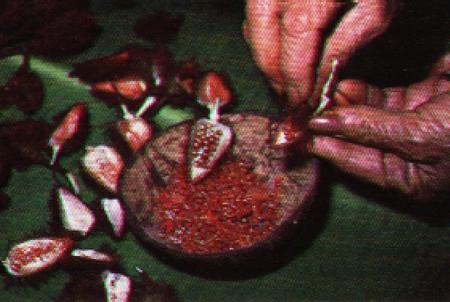 The dyes used in Samoan Siapo come from nature. The dyes include o'a, lama, loa, ago and soa'a. The dye pictured is the brown dye o'a.

The Seeds are Collected
Loa Seeds are collected and removed from the pods. The dye is extracted from the seeds. 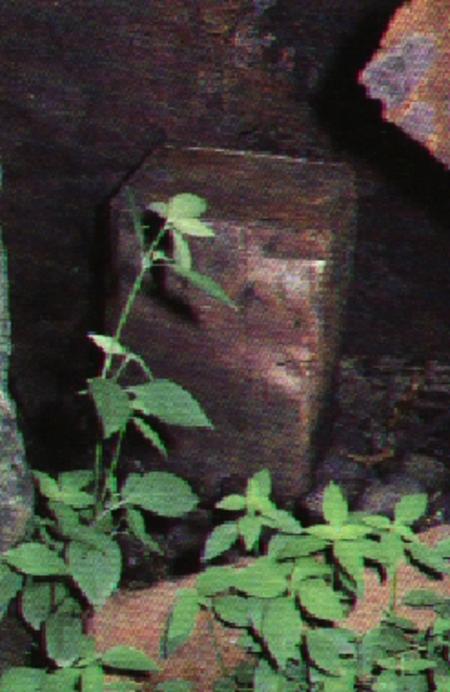 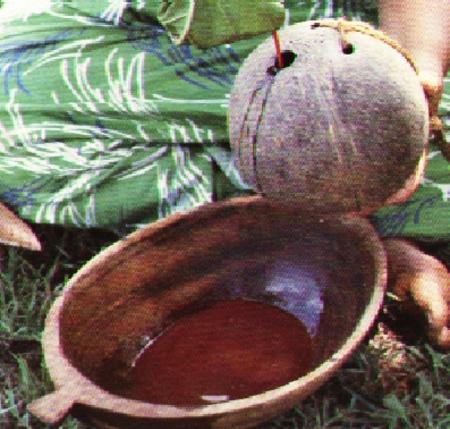 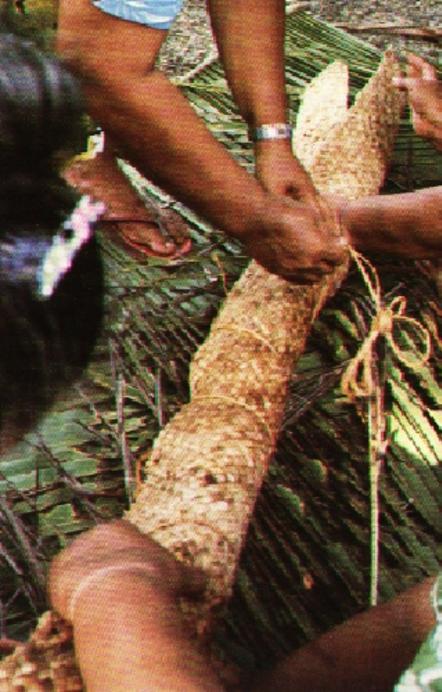 The Strainer is Bound
The strainer is rolled up and bound tight using the tying cords. 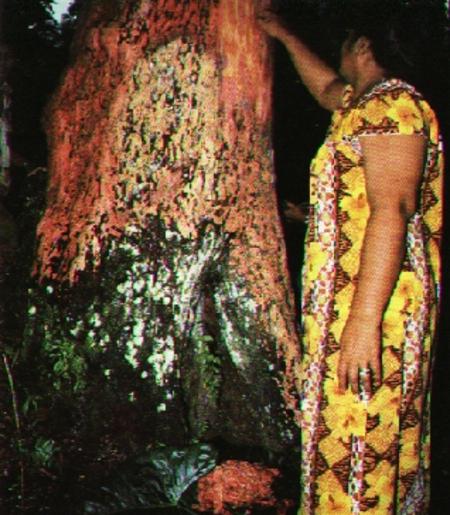 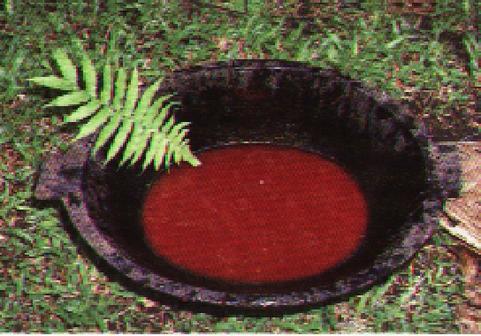 Loa: The red Dye
Loa is extracted from the pods of the Lip Stick tree. (Bixa orellana) 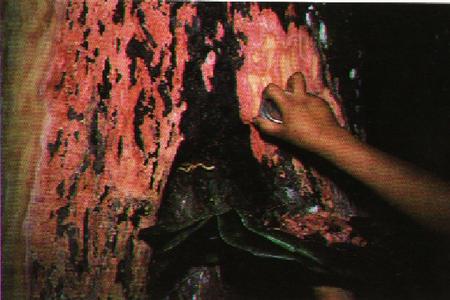 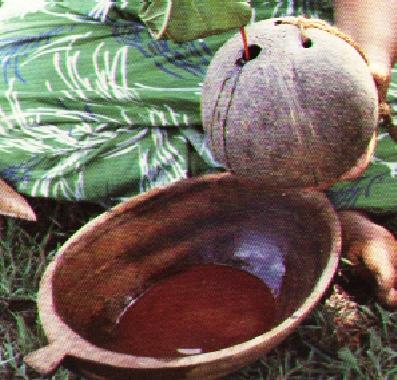 O'a is Squeezed From the Bark
Small amounts of O'a can be squeezed with a coconut fiber strainer. 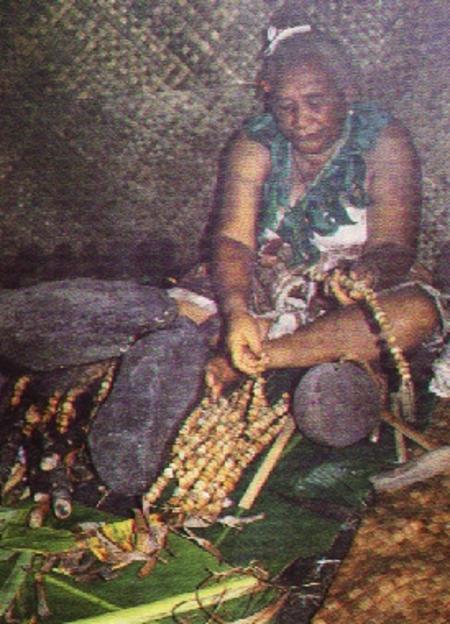 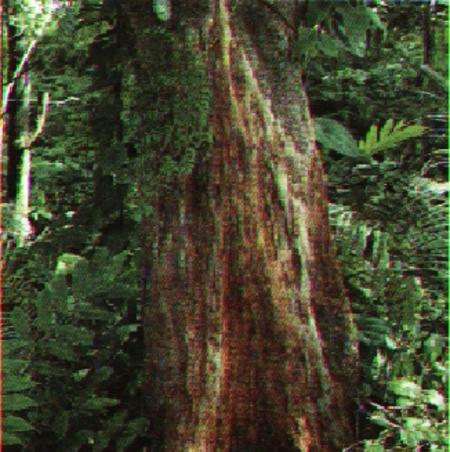 The Strainer is Twisted
The strainer is hung and twisted squeezing the O'a out of the bark. 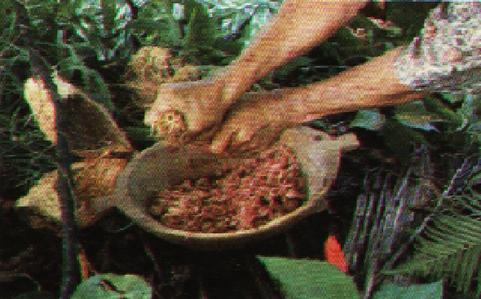 The O'a is Collected
The O'a drips into a container under the strainer. 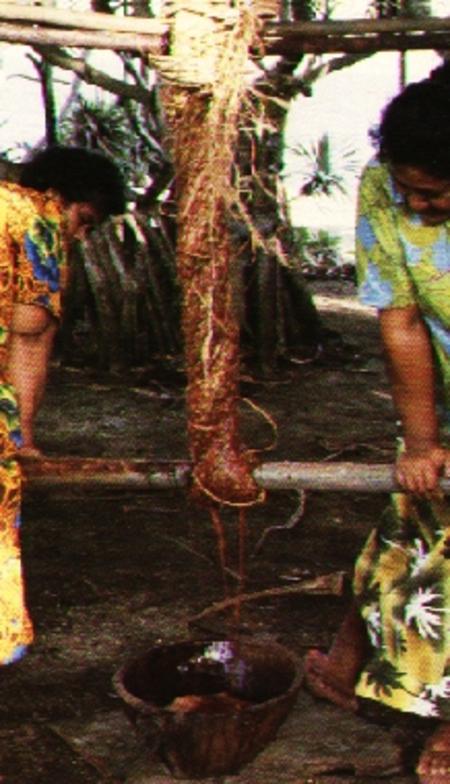 The Blood Tree (Bishofia javanica)
O'a is extracted from the bark of the blood tree. 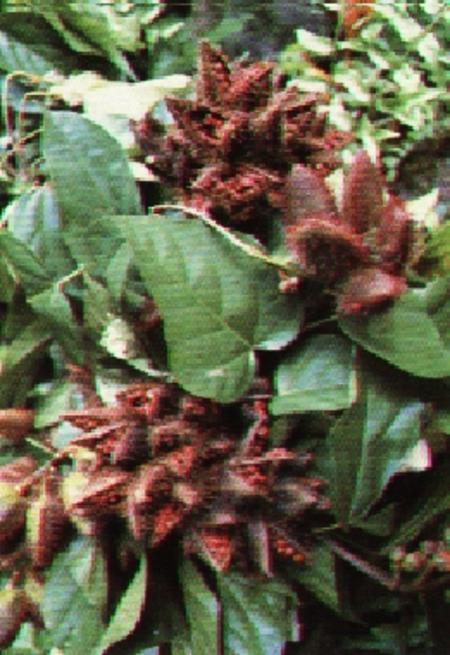 Collecting Lama
A tin is used to collect the soot.

The Bark Grows Back
After about three years the bark is again ready to be harvested.